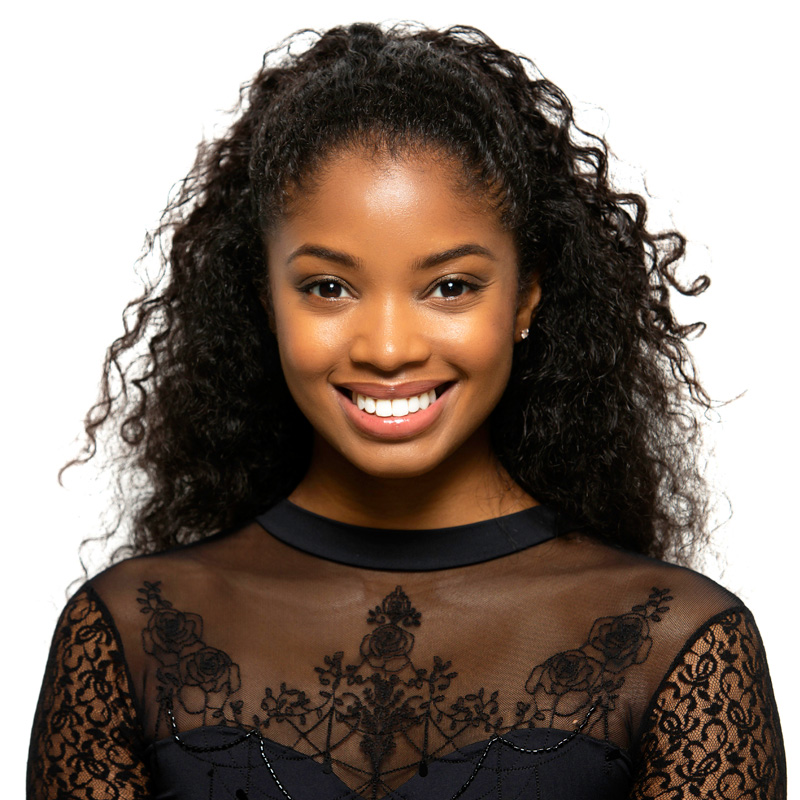 Nardia Boodoo, born in Baltimore, Maryland, of Indo-Trinidadian heritage, is in her fourth season with The Washington Ballet, after dancing for two years in The Washington Ballet’s Studio Company and one year as an apprentice with The Pennsylvania Ballet. With the Pennsylvania Ballet Boodoo performed in Ben Stevenson’s Cinderella, Le Corsaire, George Balanchine’s The Nutcracker, and Western Symphony. Boodoo is a proud alumnus of Dance Theater of Harlem and the Baltimore School for the Arts. Boodoo start ballet at age 14 and was mentored by the legendary Arthur Mitchell. Boodoo has also participated in Cultural Exchange Gala’s in Jamaica and in Montana. She was also the original lead for the piece Black Iris by Jeremy McQueen and was selected to perform an original piece for Martin Luther King day Performance at The National Cathedral.

Boodoo is also a signed model with one of the world’s top modeling agencies, Wilhelmina Models. Boodoo has starred in commercials and ads for Tory Sport by Tory Burch, Chanel, Estee Lauder, Beyond Yoga, Reebok, Nike, Yumiko, Eleve, Free People, Banana Republic, and So Danca, to name a few. She has graced the cover of Dance Spirit Magazine, VIP Alexandria, and the Village Voice, has had multiple features in Pointe Magazine, and was featured in  The Ballerina Project book.

Boodoo hopes that her presence on stage helps the ballet world to be a more inclusive and equitable place and hopes to continue to inspire young dancers of all colors and races.