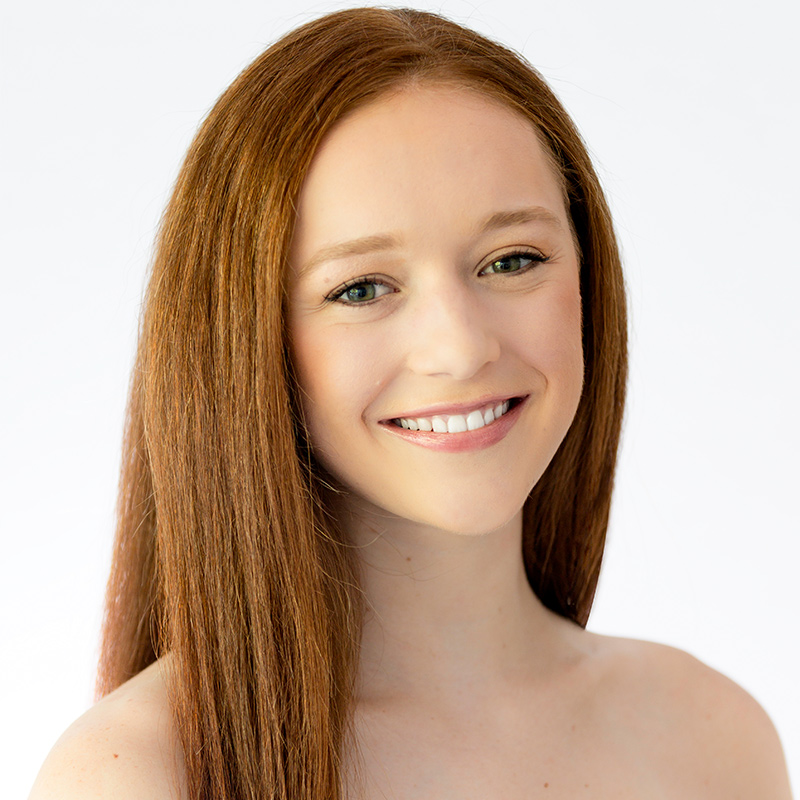 Andrea Allmon was born in Miami, Florida and began her ballet training with Marielena Mencia and Yanis Pikieris at Miami Youth Ballet. She performed with Miami Youth Ballet in several productions such as The Nutcracker, Carnival of the Animals and their annual choreographic showcase where she performed various contemporary ballet works choreographed by Yanis Pikieris. Allmon participated in competitions such as the American Dance Competition and YAGP Tampa where she received second place in the Senior Women’s category and attended YAGP NY finals in 2015 and 2016.

She was a Young Arts Honorable Mention winner for dance in 2016 and came to The Washington Ballet for the 2016.17 season as a trainee. Since then she has performed with the company in several productions such as Septime Webre’s The Nutcracker, Giselle, Serenade, John Cranko’s Romeo and Juliet, Les Sylphides, as well as Cece Farha’s Aladdin, The Sleeping Beauty, George Balanchine’s Allegro Brilliante, excerpts from Fives by Choo San Goh, Slaughter on Tenth Avenue, Paul Taylor’s Company B and John Heginbotham’s RACECAR. In 2017, Allmon returned to perform with the Miami Youth Ballet in The Sleeping Beauty as Aurora. She is also pursuing a degree in Computer Science from the University of Florida as she starts her fifth season with The Washington Ballet. Recently she took part in the filming of Chronos, a new ballet from Xiomara Reyes.