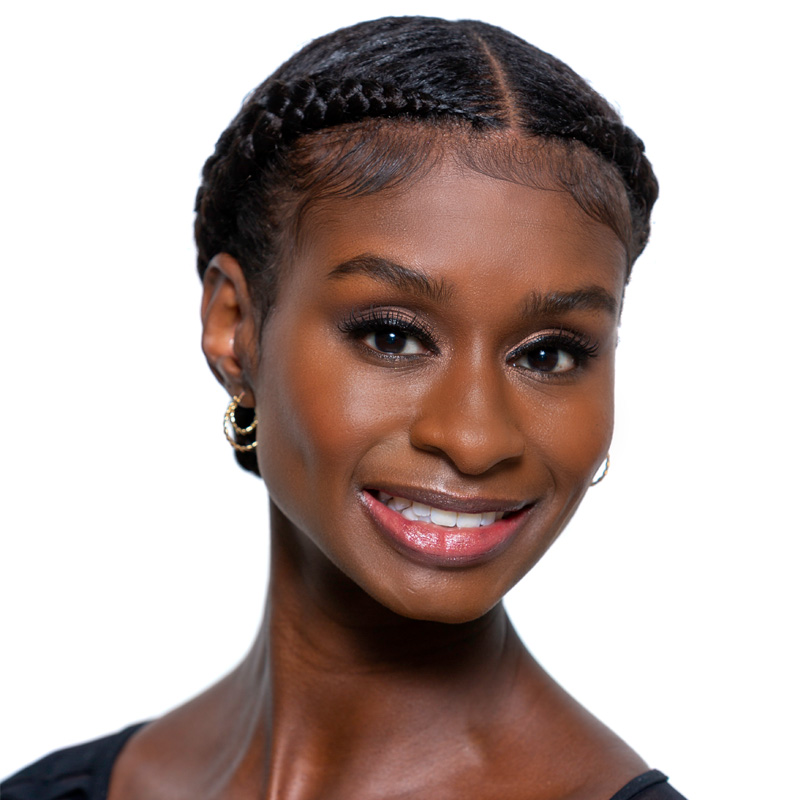 Ashley Murphy-Wilson of Shreveport, Louisiana is in her sixth season with The Washington Ballet after dancing for 13 years with Dance Theatre of Harlem.

In 2002, she trained and performed with DTH’s Dancing Through Barriers® Ensem-ble. The following year, she was accepted into the DTH Company and toured with them performing in ballets such as Firebird, Serenade, The Four Tempera-ments, and Concerto Barocco. Murphy-Wilson has also taught for Dance Theatre of Harlem’s Pre-Professional Residency at the Kennedy Center. She had the honor of performing at The White House, on BET, and Jeopardy. She also represented the U.S. in cultural exchange programs in Jamaica and Honduras. During Dance Theatre of Harlem’s eight year hiatus, she was influential in helping to restore the com-pany by performing in the Dance Theatre of Harlem Ensemble that continued to share the company’s legacy. When the DTH Company returned in 2012, Murphy-Wilson performed many principal roles in ballets including Tchaikovsky Pas de Deux, Glinka, Nacho Duato’s Coming Together, Agon, and Ulysses Dove’s Danc-ing on the Front Porch of Heaven in addition to many others. She was also featured on the cover of Pointe Magazine with Misty Copeland and Ebony Williams, in a Verizon Wireless commercial, and in the Black Ballerina documentary stream-ing on Amazon Prime Video. Mrs. Murphy-Wilson hopes that her presence in the company serves as inspiration to young aspiring dancers of all backgrounds.