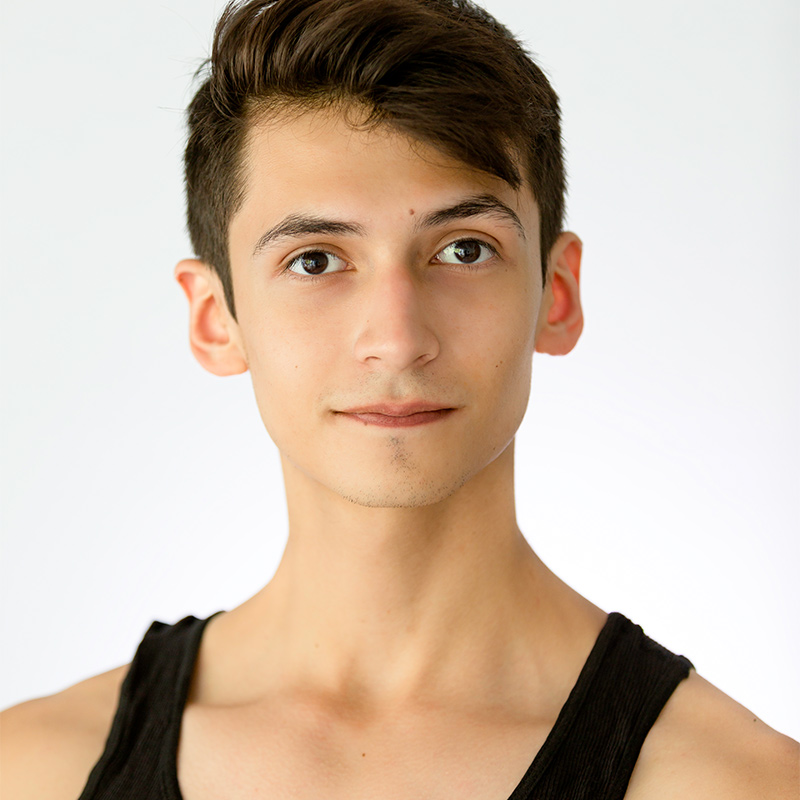 Rafael Bejarano Vidal, from Guadalajara, Mexico, began dance training at the age of 11 at the Royal Academy of Dance in Mexico with Ana Torquemada. He has studied intensively throughout the world at Miami Arts Ballet Theater and in Denmark, Germany, and New York in programs affiliated with The Royal Academy of Dance. At 13, he received an honorable mention at the National Competition of Dance in Mexico and performed in the International Dance Festival in Córdoba, Veracrúz.

At the YAGP semifinals in Mexico, where he received top three best male dancers in all of Mexico of his age, he received a scholarship to TWSB Summer Intensive in 2014 and subsequently was awarded a full, three-year scholarship to the school’s Professional Training Program (PTP) and summer intensive program. While at TWSB, he performed the role of Prince in Septime Webre´s The Nutcracker. In 2016, he received First Place at YAGP´s semifinal in Pittsburgh as Top Male Dancer. He was also awarded the Louis Vuitton Scholarship and the Rory Schwartz Scholarship. Bejarano has danced in TWB’s production of Giselle and performed with PTP in excerpts from Raymonda, Paquita, Swan Lake, Le Corsaire, Tchaikovsky’s Pas de Deux, Harlequinade, Kermess in Bruges, and Burnonville.

Upon joining The Washington Ballet Studio Company, he performed in George Balanchine’s The Prodigal Son and Serenade, The Nutcracker, John Cranko’s Romeo and Juliet, The Concert, Les Sylphides, and Giselle. He has also performed in Merce Cunningham’s Duets, Julie Kent and Victor Barbee’s The Sleeping Beauty, and works by Helga Paris Morales and Mimmo Micolis for TWB’s Dance For All program.

Mr. Bejarano’s performances are sponsored by Betsy and Mike Keeley.