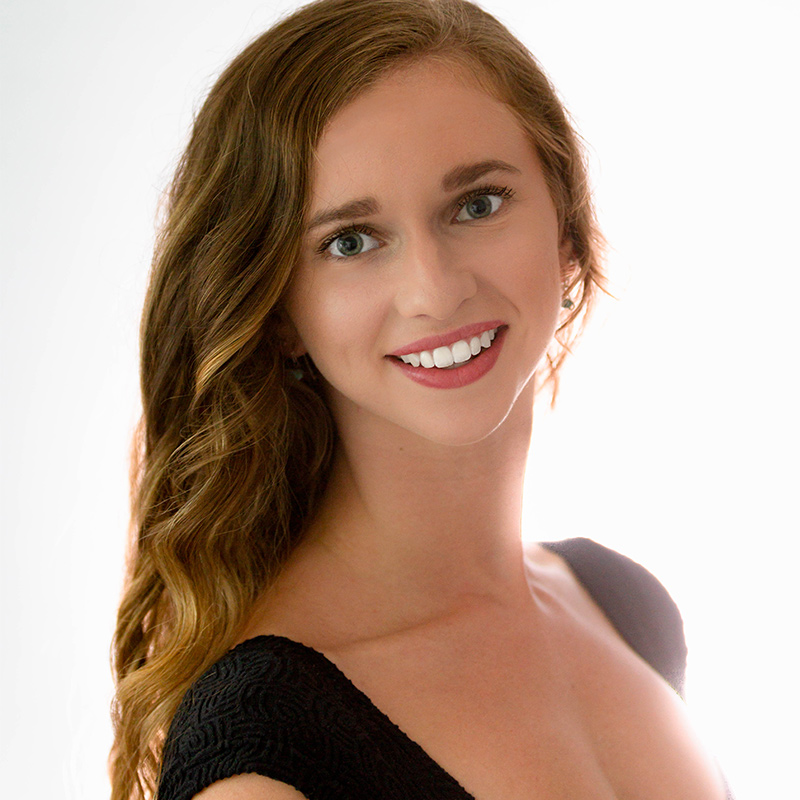 Jessy Dick, a native of Michigan, is in her fourth season with The Washington Ballet. She was a member of the Studio Company before being promoted to Apprentice in 2019. She earned her BFA in Dance Performance from Butler University in 2017. Jessy received her primary training at the Grand Rapids Ballet Company. She spent her summers studying at American Ballet Theatre, The Joffrey Ballet, Pittsburg Ballet, Boston Ballet, Complexions Contemporary Ballet and Blue Lake Fine Arts Camp International Ballet Ensemble, where she toured and performed in France, Germany, and Belgium.

While at Butler University, Jessy performed with the Butler Ballet in The Sleeping Beauty, Swan Lake, and Cinderella, with featured roles in The Nutcracker, Giselle, and George Balanchine’s The Four Temperaments. Jessy was a recipient of Butler University’s Peggy Dorsey Memorial Scholarship as well as the distinguished talent award. She has performed in TWB Company productions including, George Balanchine’s Serenade and Allegro Brillante, Paul Taylor’s Company B, John Cranko’s Romeo and Juliet, Michel Fokine’s Les Sylphides, Jerome Robbins’ The Concert, Septime Webre’s The Nutcracker, Marcelo Gomes’ Outset, Ethan Stiefel’s Wood Work, John Heginbotham’s RACECAR, Julie Kent’s staging of The Sleeping Beauty, and Giselle. She thoroughly enjoys teaching for The Washington Ballet Adult program and loves the sense of community the program has built around the dedicated students. Jessy is delighted to be part of the 2020.2021 season working alongside such celebrated artists