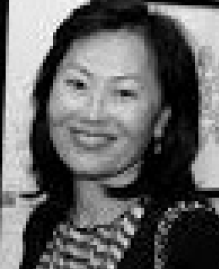 Ms. Kim has a long history of supporting non-profit endeavors, and in particular, non-profits focused on broadening the reach of the Arts. She is currently a member of the Board of the Transformer Gallery, a non-profit gallery based in Washington, DC that works to promote local and international emerging contemporary artists. Previously, she was a National Council Member of the Smithsonian American Art Museum and a former co-chair of Artrageous, the annual fund raising gala for the same organization. She has been a longtime supporter of Washington Performing Arts, EMerge DC Art Fair, The Washington Ballet, and the National Gallery of Art. Ms. Kim initially worked in commercial lending with First Union Bank then became CFO of a private commercial and residential development firm, eventually retiring as COO in 2004.