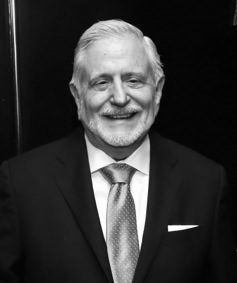 James Gale is a seasoned professional at the Overseas Private Investment Corporation (OPIC), currently serving as Director of Project Finance and underwriting the financing of business investments worldwide. His primary geographic focus encompasses the countries of Eastern Europe and Eurasia. Prior to this work, Mr. Gale was a former Acting Director of Telecommunications Trade Policy for the Office of the U.S. Trade Representative (USTR) in the Executive Office of the U.S. President, and held management positions at major international businesses and consulting firms, including Planning Research Corporation, Booze Allen Hamilton, LMI, and the General Electric Company. He also served on a voluntary basis as President and Member of the Board of Directors of the nonprofit Washington International Trade Association (WITA), serving also as V.P. of Membership, V.P. of Operations, and Treasurer, where he played a key role of developing WITA into the preeminent international trade, investment, and business forum in the Washington metropolitan area. Mr. Gale holds masters degrees in International Relations, Business Administration/Finance and Investment, International Business; Engineering; and Operations Research, from various universities throughout the United States. Jim is married to Lisa B. Barry, a former executive at Chevron Corporation, and they have two sons, James R. Gale and William B. Gale who work in the Washington area in government relations and communications. Jim and Lisa have supported a number of philanthropic organizations in Washington and elsewhere, including Refugees International, the International Student House, and Bates College where Lisa serves on the Boards, and the Phillips Collection, PenFaulkner, and Meridian International among others. Jim is keenly interested in the arts and on his many business travels around the world has taken the opportunity to see ballet performances over the years in Russia, Ukraine, and other countries of the Eastern Europe and Eurasia regions.