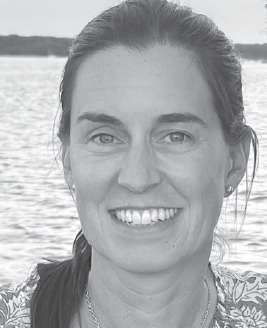 Erin Drouin worked for the Bill & Melinda Gates Foundation in the Washington, DC office for the Global Health Policy & Advocacy team as a consultant and continued in that role first in Chicago and then in London. Prior to her work in public health, she worked at the Democratic National Committee Research Team in Washington, DC (2001-2003), on the Gore Campaign Research Team in Nashville, TN (2000), and at Edelman Public Relations in NYC (1997–1999). Erin holds a MPP from University of Chicago and BA in Politics from Princeton University. Erin has served in a variety of volunteer roles at her children’s schools in New York City. She was a senior member of the Parents Association leadership at St. Thomas More Playgroup, a member of the Head of School Search Committee for St. Bernard’s School following her term as Parents Association President and a Board Member, and a member of the Development Committee at The Brearley School. Additionally, she was on the Leadership Committee and then a co-chair of the Guggenheim Learning Through Art Program. Erin moved to the Washington, DC area with her husband and children Sebastien, Caroline, and Camille. Caroline is a student with The Washington School of Ballet.