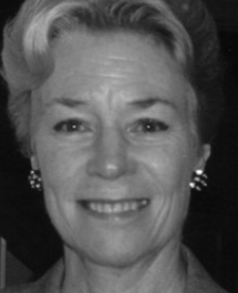 Dorothy Pierce McSweeny is the Chair Emeritus of the D.C. Commission on the Arts and Humanities, serving from 1996 to present and past Chair of the Mid-Atlantic Arts Foundation. In 2012, she received the Distinguished Public Service Award from the National Assembly of State Arts Agencies. She was elected to the DC Hall of Fame in 2011, received the Lifetime Achievement Award from the Mayor’s Arts Award in 2007, the Laura E. Phillips Angel of the Arts Award in 2004, the Lifetime Achievement Award from the DC Youth Orchestra Program in 2003, the National Capitol Philanthropy Award for Outstanding Fundraiser Volunteer of 2002 and was selected as Washingtonian of the Year in 1995. She serves on the Advisory Committee of the Dallas Morse Coors Foundation, and on the boards of Americans for the Arts, EXPLORE! Children’s Museum; Advisory Committee of GALA Hispanic Theatre, DC Arts, Education and Humanities Collaborative, and is a founder of the Washington Episcopal School. As an oral historian, she served in the Johnson Administration and has been a resident of Washington, DC since 1967.