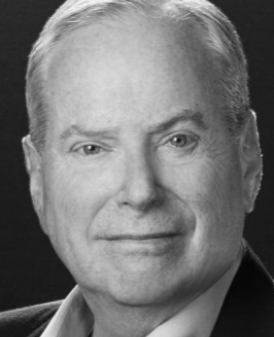 Mike Goldstein has been a member of The Washington Ballet Board since the 1980s, and also serves, pro bono, as TWB’s General Counsel. Mike came to Washington in 1978 to organize and lead the Higher Education practice at law firm Dow Lohnes, which merged with global law firm Cooley LLP in 2014. He led the practice until 2016 and now continues as Senior Counsel. Before coming to DC, Mike was a journalist with United Press International, founding Director of the New York City Urban Corps, Assistant City Administrator and Director of University Relations in the Office of the Mayor of the City of New York, and Associate Vice Chancellor for Urban and Governmental Affairs and Associate Professor of Urban Sciences at the University of Illinois at Chicago. Mike is a trustee of the Fielding Graduate University, Vermont College of Fine Arts, a founding member of the Board of Directors of The Washington Center for Internships and Academic Seminars, and a board member of the Cleveland Park Historical Society, the DC Fire & EMS Foundation and the Friendship Fire Association, the volunteer arm of the DC fire department. He holds a BA from Cornell University and a law degree from New York University, and he was a Loeb Fellow in Advanced Urban and Environmental Design at the Harvard Graduate School of Design. He lives in Cleveland Park a few blocks from TWB with his spouse, Jinny, formerly Senior Vice President for Education at the Public Broadcasting Services and now the head of a consulting firm in education and media strategies, and their Siberian rescue cats, Boris and Natasha.