Nutcracker Memories from The President of the Women’s Committee

Beth Kohlhoss, President of The Women’s Committee, shares a particularly memorable Nutcracker moment: 2009, the December of the infamous Snowmaggedon in DC, and the battle to get her Soldier to the theatre.

The show must go on” is a familiar edict exercised with no greater resolve than by Nutcracker families involved in The Washington Ballet’s beloved production. From Mushrooms to Snow Angels, students that make up The Nutcracker production, gladly surrender to the rigorous and magical few months of rehearsals and performances. Make no mistake, securing a role is very much a family affair that takes one and all aboard for the Nutty fun-filled ride. Along the way, there will be enchanting encounters with Sugar Plum Fairies and lasting friendships forged with TWB’s finest. And ringing the way throughout the entire process will be Tchaikovsky’s delightful Nutcracker score. You will not hear a more festive earworm.

Such was the case in 2009, when my daughter, Chloe was cast as the Scout in a unit of rat-exterminating Soldiers. Countless rehearsals were devoted to the precision and teamwork of this military outfit; her big moment being a gasp-inducing leap at the crack of a cannonball. We were thrilled. As word spread to the far reaches of our family, plans were made, and tickets purchased to descend upon the Warner Theater for this momentous occasion. 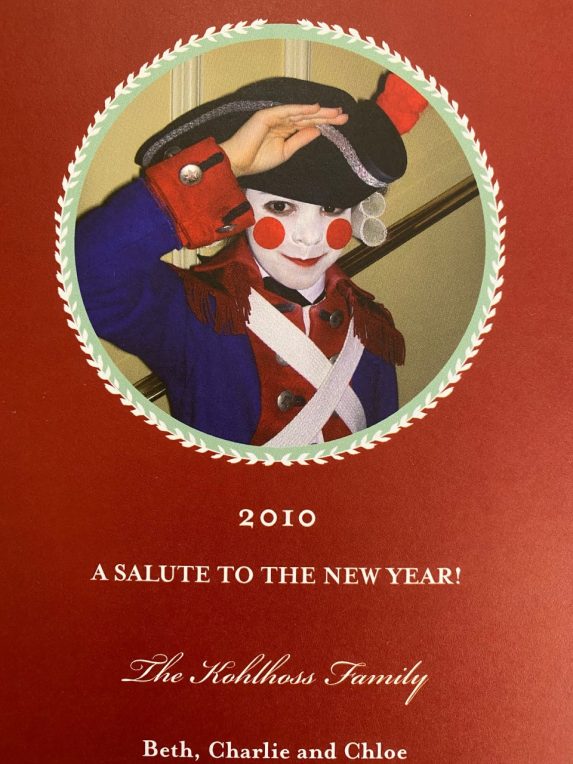 Little did we know at the time that a monstrous storm was forming over the Gulf of Mexico. It would soon churn its way up the Eastern coast, ultimately breaking records for the largest amount of snowfall in DC in a single December day. Whiteout blizzard conditions were recorded across 14 states. When it was all over, everyone would peer out of their frosted windows to a Snowmagedden scene. The simple act of opening a door was an avalanche in the making!

For a full day, we dug out pathways and tunnels, all the while waiting for the County to plow our street. Living at the very end of a hilly, winding street, in the farthest regions of Potomac, we knew it would take a while. So, we waited… and waited. On the day of her performance, without a snowplow in sight, we took the matter into our own hands. If I entertained the idea of notifying the Ballet of our snowed-in status, I do not remember, for it was quickly dismissed as a non-option. We had to get our Scout down to the Warner to join the rest of the troops. Thankfully, we located a distant friend with a small but serviceable plow, who was brave enough to attempt the task…for a handsome Holiday fee. It took ½ the day for him to reach us, with several ditch defying close calls in between. With dance bag packed, and little time to spare, we ventured out across a frozen suburban tundra. If you’ve ever been in a luge, then you have an idea of the twists and turns of our progress down our street. Sandwiched within towering walls of snow, inches from our car windows, there was little sense of where we were headed. But The Nutcracker beckoned us on until our Scout was safely ensconced in the maze of dressing rooms beneath the Warner’s stage. 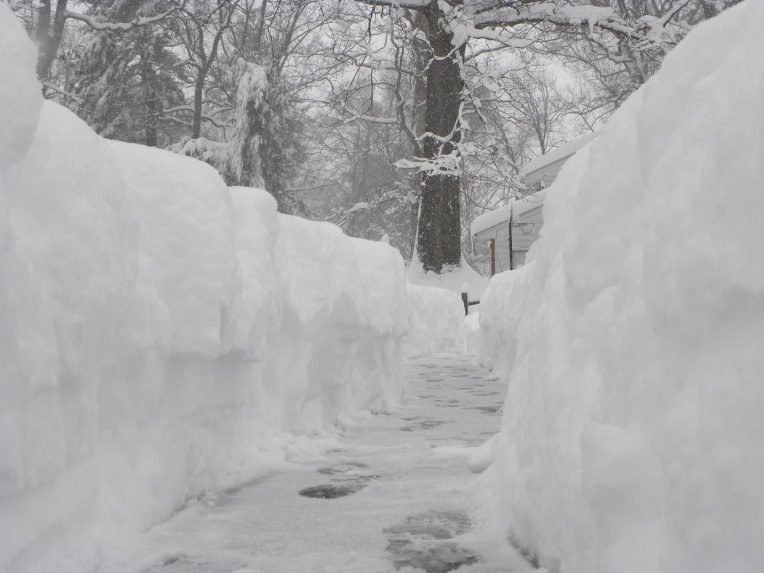 This is a memory that will stay with us forever. There’s a sense of magic and adventure to that day with all its challenges and eventual resolutions. For when we saw our daughter march across the stage in a proud salute to this Holiday production it was utterly worth its weight in snow. And because we’re a Washington Ballet Nutcracker family, that’s just what we do.

With Gratitude and Joy,