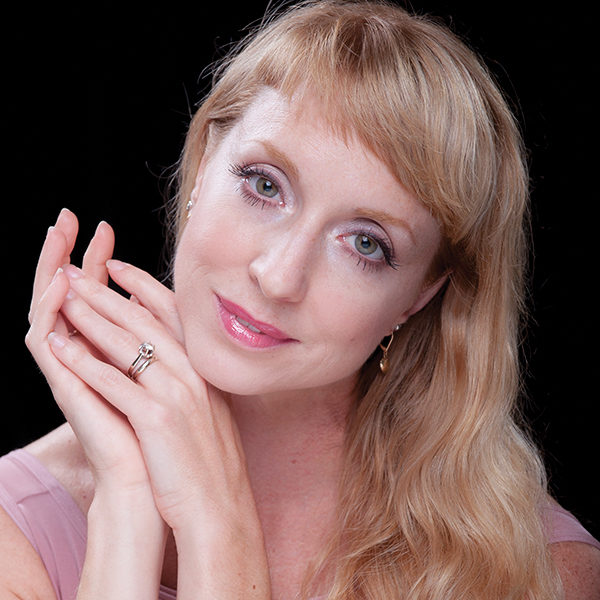 Elizabeth Gaither has had a 22 year career as a professional ballerina. She joined Houston Ballet Company at the age of 15, and danced with them for five seasons. She was a finalist in the 1990 Jackson International Ballet Competition and placed fourth in the world in the junior division at age 16; she then won the Amilita Hoffman Award. For nine seasons she danced with American Ballet Theatre, and danced for eight seasons as a principal dancer at TWB.

Roles performed include Giselle, Bathilde and Zulma in Giselle; the Pas de Deux girl in Fancy Free; Princess Florentine, Puss N Boots, Silver Fairy and Aurora from The Sleeping Beauty; Bianca in Taming of the Shrew; Clara, Snow Queen and Sugar Plum in The Nutcracker; Cygnets and Polish Princess in Swan Lake; Mercedes and Amor from Don Quixote; Lead Shade and Small Pas d’ Action in La Bayadère; Demi Soloist in George Balanchine’s Theme and Variations; Symphony Concertante, Symphony in C as well as Russian Girl and Dark Angel in his Serenade, First and Third Theme in Four Temperaments, and Titania and Helena in his A Midsummer Night’s Dream; Peasblossom Fairy in Frederick Ashton’s The Dream; Swanilda and Dawn in Coppélia; Juliet in Romeo and Juliet; Cinderella, Spring Fairy and Summer Fairy in Cinderella; The Sylph in La Sylphide; Daisy in The Great Gatsby; the lead in Forsythe’s In the Middle Somewhat Elevated; Jerome Robbins’ In the Night; Nacho Duato’s Na Floresta; Christopher Wheeldon’s Morphoses and There Where She Loved; Mark Morris’ Gong, Drink to Me Only with Thine and Eyes and Pacific; Paul Taylor’s Black Tuesday; Lar Lubovitch’s Meadow, Othello, Artemis, and My Funny Valentine; Choo San Goh’s Momentum and Fives; Christopher Bruce’s Sergeant Early’s Dream, Ghost Dances and Rooster; Ben Stevenson’s Four Last Songs and Pas De Deux Romance; Twyla Tharp’s In The Upper Room, Baker’s Dozen, Sinatra Suite and Push Comes to Shove; the lead in Nicolo Fonte’s Bolero; Septime Webre’s world premiere of The Hours, as well as a world premiere pas de deux created on Ms. Gaither in Edwaard Liang’s Wunderland. She has also served as Edwaard Liang’s repetiteur for his ballet Wunderland.

She has been in the PBS American Ballet Theatre filmings of Le Corsaire and Frederick Ashton’s The Dream, and had a dancing role in the movie Center Stage.

Gaither is a certified vinyasa yoga teacher and enjoys helping others to improve their lives through the power of yoga, meditation and movement. Since her retirement from the stage in 2012, Gaither has been teaching and coaching students and professional dancers.