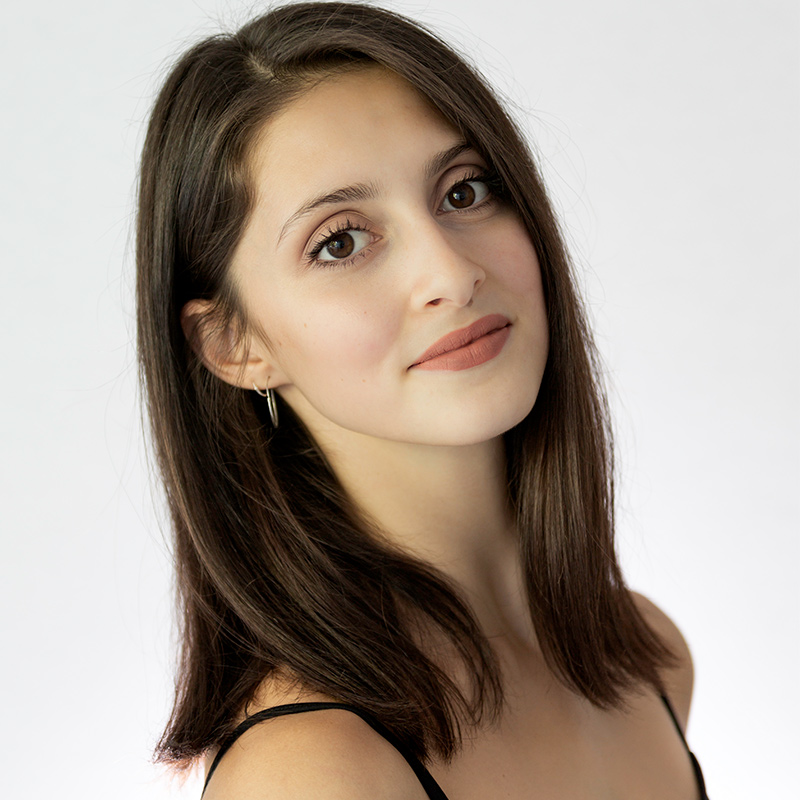 Aurora Mostacci, from Turin, Italy, began her ballet training with Salvino Aiosa School of Dance at the age of four. At 16 years old, she received a scholarship to the Barcelona Dance Center professional program and the following year was accepted into the of Royal Conservatory of Dance Mariemma (RCPD) in Madrid, where she graduated with distinction in 2017. She had notable roles during her training at Mariemma including the Sugar Plum Fairy in The Nutcracker and Lise in La Fille Mal Gardeé. After her graduation she joined Europa Danse Company project where she performed repertoire from Marco Goecke, Cayetano Soto and Mauro de Candia. She ended the season dancing in the corps de ballet in Swan Lake with Balletto di Milano and performing the Piano Pas de Deux of Massimiliano Volpini with Jas Art Ballet Company in Milan. Mostacci attended the OnDance summer program in Milan receiving an honorable mention from Roberto Bolle.