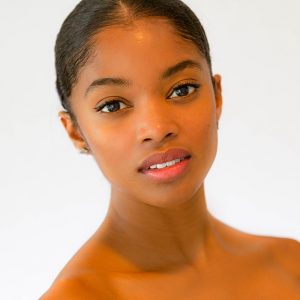 In honor of Black History Month and Women’s History Month, Company Dancer Nardia Boodoo shares the stories of five incredible ballerinas who faced adversity that continue to inspire her as examples of unwavering strength and poetic grace.

Making my way through the ballet world, I look to women including Maria Tallchief, Sylvie Guillem, Alicia Graf-Mack, Francesca Hayward, and Misty Copeland for inspiration and strength. Each one reminds me of a quality I admire in myself. As a woman of color, themes of dichotomy play in my life as they did in many of theirs. I often feel I must lead with my strength, yet I possess both strength and delicacy. Beauty and grit. Grace and determination. I admire these women because they found balance in their art, proving to be equally strong and delicate. They are truly artists, embodying every piece of choreography with both technical precision and unmatched artistry.

When I was little, my aunt bought me a children’s book about Maria Tallchief, America’s first prima ballerina. She was so beautiful and I wanted to be just like her. She was an Osage Native American and was often turned away from ballet companies due to her ethnicity. She was asked by Agnes DeMille to change her last name. DeMille thought Tallchieva was more Russian sounding and would make her more appealing to audience members. It was a popular practice at the time, but Tallchief was proud of her name and refused, which reminded me of myself. My father is Indian and throughout my school days, a lot of American kids would make fun of my last name. I never felt sad about it, I loved my mixed heritage and my name is my legacy. It holds profound meaning to my identity, as it had for Tallchief. Nevertheless, Tallchief was determined, she moved to New York after graduating high school. She danced for the Ballets Russes, became the first American to dance at the Paris Opera, and was guest principal at American Ballet Theatre. She is best known for her time with the New York City Ballet. She was one of Balanchine’s muses and was also married to him briefly. She originated in Balanchine’s Firebird and his iconic Sugar Plum Fairy from The Nutcracker. Balanchine considered Firebird’s opening night premiere as “the first great success’’ for the New York City Ballet. I love that the most iconic American ballet company had a Native American ballerina as their principal dancer. To me, this was a positive example of honoring our country’s diversity. I continue to admire her as she was a force, dancing with so much passion and grace. She was a poet on pointe.

Sylvie Guillem is a legendary French ballerina, who shares the same birthday as me! Her no-nonsense attitude and unadulterated dedication are what I admire most about her. Never compromising, the fearless pursuit of her own artistic vision earned her the nickname “Madam Non”. Hand-picked by Rudolph Nureyev at the age of 19, she was the youngest ever ‘etoile’, the highest-ranking female dancer at the Paris Opera Ballet and later, the star of the Royal Ballet in London. She changed the ballet aesthetic with her long, spindly shaped legs, high arches, and hyper flexibility which is now the standard in most top ballet companies. Guillem was ideal for classical ballet. She was also equally versed in contemporary dance works. Guillem even sought to work with some of the world’s most experimental dance choreographers. She is the definition of versatility. I can relate to her because we share an insatiable need to explore and try new things, as well as a love for both classical ballet and experimental dance. To me, she embodies the perfect example of a strong and delicate artist.

Alicia Graf-Mack is a beautiful Black ballerina from my hometown of Baltimore, MD, who I believe is among our country’s greatest ballet dancers. At the start of her career, she was turned down by both New York City Ballet and American Ballet Theatre for being “too tall.” Yet, she didn’t let adversity discourage her. She joined Dance Theater of Harlem at age 17 and was promoted to soloist soon after. Her long limbs, high arches, graceful poise, and long curly hair captured my heart. Her struggles did not end there, at the age of 21 she was diagnosed with ankylosing spondylitis, an autoimmune disorder and form of arthritis affecting the spine and causing inflammation in the joints putting a pause on her career. She then enrolled in Columbia University trying to move on, but she couldn’t shake the spirit of dance. Thankfully, the break allowed Graf-Mack’s body to heal, so she risked it all to reclaim her career by joining Alvin Ailey. Due to her health, she knew her career could be over at any moment, but she refused to let it defeat her. In 2018, she became the first Black Director of Dance at The Juilliard School. She never gave up; always overcoming obstacles and taking time to care for her body when needed.  I love that she is a holistic ballerina. She trained not only her body but also her mind. She is truly inspirational and I admire her passion, determination, beauty, and artistry. Graf-Mack is an undefeated shining example of a beautiful ballerina who danced with soul and joy.

Francesca Hayward is a gorgeous Brown ballerina who was born in Nairobi, Kenya to a British father and Kenyan mother. Her family eventually moved to London, where she began training at the Royal Ballet School in 2003. She then went on to graduate into the company during the 2010/11 season. Hayward progressed to become a Principal at the Royal Opera House in 2016, where she continues to hold the highest rank in Britain’s largest ballet company today. She has performed in countless productions, taking on the roles of Clara and The Sugar Plum Fairy in The Nutcracker, Juliet in Romeo and Juliet, and Princess Aurora and Princess Florine in The Sleeping Beauty. And that’s just scratching the surface. She is a model, dancer, and now movie star. She embodies the character of every role she dances. I love following her career, as she is the epitome of a modern-day classical ballet dancer.

Misty Copeland is truly an inspiring icon who overcame poverty, racial inequity, body shaming, and a late start to the industry. I also started late at the age of 14 and often felt discouraged that the dream of becoming a professional ballet dancer was impossible. Copeland inspired me to keep going and to be fearless in my pursuit. She has always been a very supportive and friendly, mentor-like figure to me. It is so amazing to have someone like her to look up to as I mature through my career. Her dancing is powerful and effortless. She is a movie star, author, role model, and brand spokesperson who also loves cooking just as much as I do. I think every American Black ballerina sees themselves in Copeland. They see that anything is possible. Representation matters.

These women continue to inspire me as they do for so many others and hope I can continue to follow in their footsteps finding balance in beauty and strength. 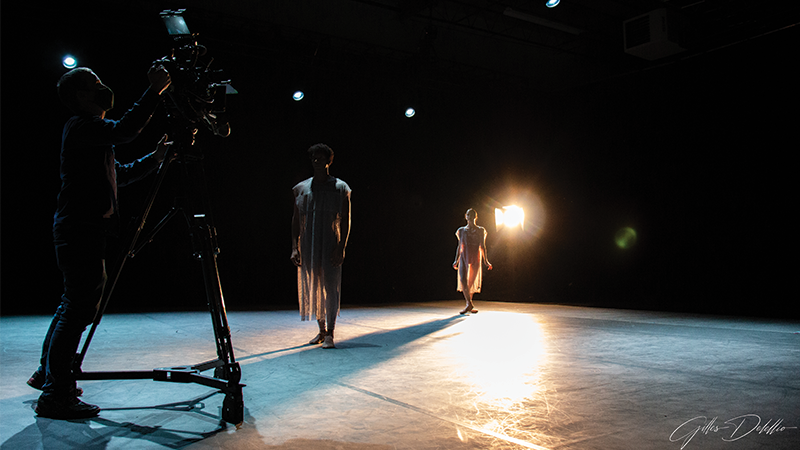